MIDIBox that can reroute/modify MIDI signal

The MIDI Box is as useful tool and does what it says it does. But it would be amazing to have a device like the MIDI Box that could not only split MIDI signals but could turn ports on/off, modify the signals coming out of a port (e.g., delay signal, transpose notes, MIDI sustain, etc.) and would itself respond to MIDI signals sent from a MIDI foot controller. (Perhaps something like an improved Blokas Midihub—but that also responds to MIDI messages.) For players who use a MIDI controller to control multiple synths/devices, it would be amazing to have a device that modifies the MIDI messages sent to each synth/device while playing.

I was under the impression that Blokas Midihub can be controlled with MIDI. 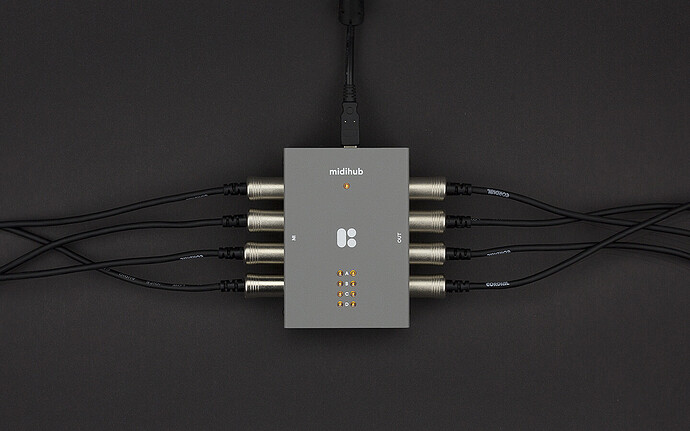 Midihub is a stand-alone MIDI event processor, router & MIDI interface. Using the Midihub's Editor you can set it up to process MIDI messages in any way you want!

Not sure if this does everything you need? I have one & used it before I got my MC-8. I still use it in a rig in which I use my Roland FC-300. Although it looks like you can do more with the Midihub.

Looks like you’re right. It wasn’t obvious from the materials whether parameters could be controlled via MIDI or that presets could be selected via MIDI. Looks like both can.