I’m having trouble with the midi message converter function.

When I send a Prog Change to the MC6 it receives it and I get a Bank Change indicator. I have midi message converter setup to change the PC at input to CC 10 Val 1 to enable preset A.
Here’s an Example:

Continued in reply’s so I can add more screenshots

I’ve tried sending PC#1 over 5pin input and USB and it’s not converted.
However, If I hook a 5pin to both the input and output of the MC6 so that it’s sending signals to itself, it will convert its own PC#1 message

For example, I setup preset B to send PC#1

Then I setup a Convert Message to change PC#1 to CC13 Val 1 at input, so it will select preset D.

I set Preset D to some random note change command so it’s obvious in the monitor.

As you can see in monitor, message conversion works fine when the MC6 receives the PC#1 message it generated itself. 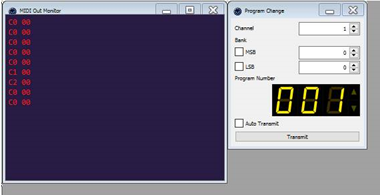 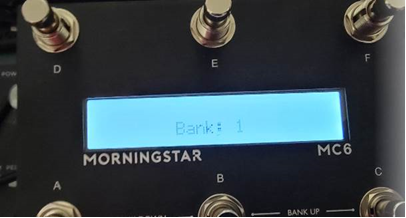 Any Idea why this is happening or what I can do about it?

Just to reiterate your issue for clarify, so you’re saying that the MIDI message converter works when the MC6 receives MIDI messages sent from itself… but when you try to send it a MIDI message via another device or software, it does not work?

Switching to output doesn’t fix the issue.
It still just processes PC#1 as a bank change and it doesn’t output anything.
If I turn on Midi thru I can get it to pass the PC#1 along to other devices but it doesn’t convert.
I don’t really want to use the convert on output functionality anyway because I want the incoming PC command to engage a preset.

Ultimately, I have a device (Kemper Stage) that only outputs PC not CC and I want to control a Future Impact which requires a CC to toggle on/off and a PC to select the effect. I’ve been able to create a preset in the MC6 that works great for controlling the FI but I can’t get that preset to be launched by the Kemper message.

Can you try changing the MC6 MIDI Channel to a different channel other than 1, and see if that works for you? If it is set to channel 1, and it receives a messages on channel 1, it will respond to that message.

I figured it out.
The MC6 doesn’t agree with my other devices on the program numbers.
For example, PC#1 on the MC6 is PC#2 on the Kemper PC#2 is PC#3 and so on.
I had to set the Kemper to send PC#2 and configure the Midi Converter From Number to 1